Did you know there are a wealth of beneficial bugs that can help improve the health of your plants? Find out which guardians of the garden you should be attracting… A garden overrun with insects might not seem ideal, and you could even be tempted to eliminate them, however, there are many creepy crawlies that can be surprisingly beneficial to your backyard, particularly for their assistance in eradicating harmful – and highly annoying – pests.

These miniature guardians of the garden are an indicator that your yard is in excellent health but, unless you can tell the good guys from the bad, it can see you reaching for the insecticide unnecessarily. Insecticides can upset the biodiversity of your garden, causing an imbalance between pests and predatory insects as well as potentially harming the plants themselves. Organic methods can be far more effective as they not only benefit the environment but simultaneously offer a free, totally natural pest control solution.

The plants in your garden provide a habitat or sustenance to an array of different insects, and those more destructive species, such as aphids and caterpillars, are the food source for a number of predatory bugs like ground beetles and green lacewings. Not only are they natural exterminators, but some of these visiting insects, including butterflies and bees, play a vital role in the production of crops through their ability to pollinate.

To attract nature’s little helpers you must first have plenty of plants and, of course, plenty of pests for these insects to prey upon. To give you a better understanding of the most favourable insects you can invite into your garden, we’ve put together a quick guide to beneficial bugs. 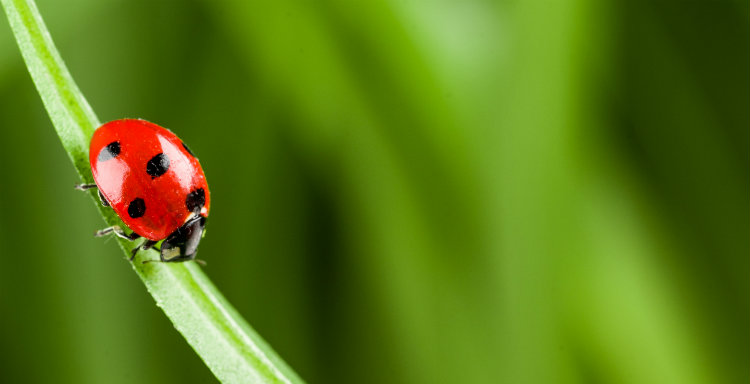 One easily recognisable garden visitor is the brightly coloured ladybird. There are over 500 species of lady beetles in Australia, and the vast majority are helpful in the garden thanks to their taste for aphids alongside other soft-bodied creatures like mites and whiteflies, able to consume thousands of the critters in just one ladybug’s lifetime. However, it is the lady beetle’s larvae that are the most voracious predators, though these are usually mistakenly identified as a strange spiny pest. Once you’ve familiarised yourself with the appearance of ladybugs and their larvae, you can then get to work on attracting them. Having an aphid problem is step number one! As much as they need pests they also need pollen, and the blooms of chives, dill, fennel and marigolds are some of their favourites to feast on. Gently watering the affected plants will also provide an essential hydration source for your newly established ladybug colony.

Australia certainly has no shortage of spiders, and though scary to some, these abundant arachnids spend their life spinning webs to trap prey including flies, fleas, mosquitos and whatever else gets caught up. In fact, the world’s population of spiders feasts on millions of tons of insects each year! Though webs can be unsightly, avoid ripping any down outside as this is not only a key part of their habitat, but it’s also a powerful natural pest trap. The efficient predators hunt a variety of garden pests before trussing them up in silky threads to eat later, even tucking into the web itself if it becomes damaged. 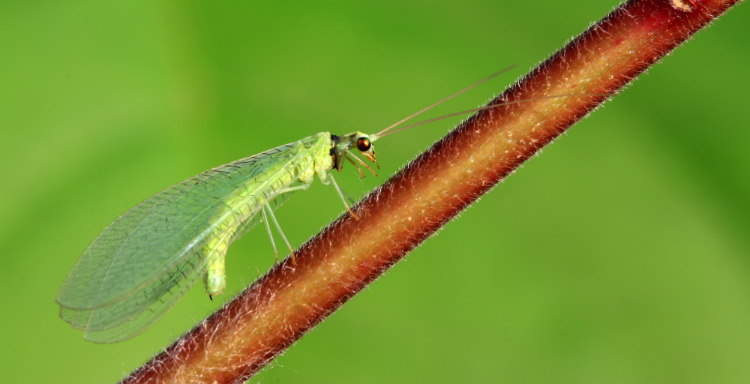 Best known for feeding on aphids, the green lacewing and its larvae can make a big impact on pest numbers in your garden. The vivid green bug is one of the most common native lacewings in the country, best attracted to your yard by planting a good mix of pollen- and nectar-rich plants. Lacewings are not too fussy when it comes to food, happy to feed on everything from mites and mealy bugs to aphids and moth eggs. Their prominent lacy black and green wings, golden eyes and long antennae make them an easy insect to differentiate from pests, whilst its larvae are flat and spiny with a tapered tail. As with ladybugs, it is the larvae that are the more aggressive feeders. 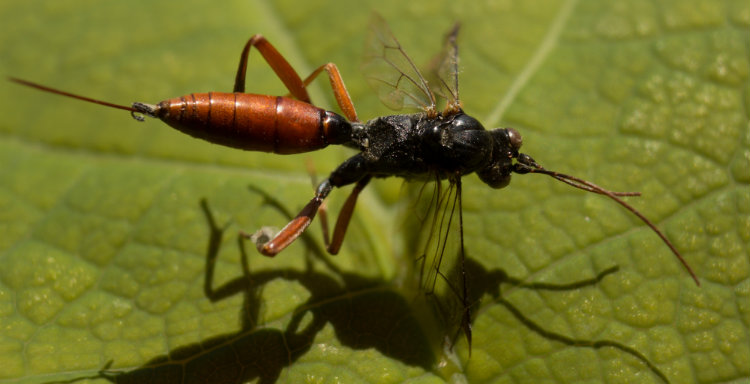 The stingless version of its closely named cousin, parasitic wasps are a useful partner in combatting pests in the garden. So, how do they help? Well, it’s a bit grim, but the female will use her ovipositor to pierce other insects and deposit her eggs inside. Once hatched, the young feed on the inside of the host, usually killing them when the larvae are ready to pupate. The wasps also parasitise the eggs of other insects, controlling numbers of pesky aphids, caterpillars, ants and whiteflies. Plants that attract them include herbs such as parsley, dill and coriander, as well as flowering plants like sweet alyssum, marigolds and zinnias. 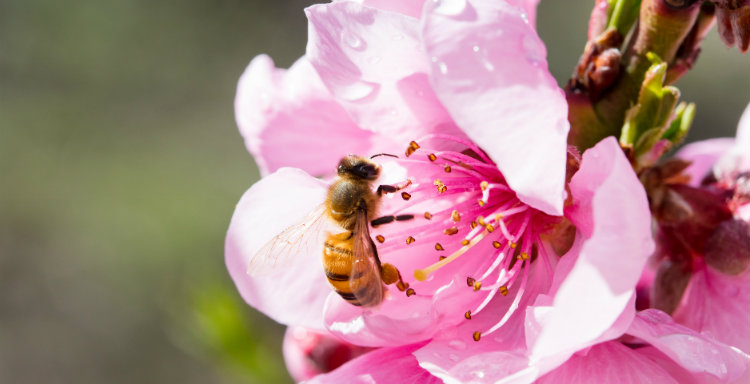 Where do we start with the list of benefits that the humble bee brings to our backyard?! These hardworking heroes of the insect world are critical pollinators, responsible for pollinating at least 30 per cent of the world’s crops. Bees also play an important role in the lifecycle of many plants, including taking responsibility for their reproduction. Bees need nectar and pollen to feed on, so flowering plants such as lavender, sage, grevilia and nasturtiums are brilliant bee magnets. Whilst the bees busily buzz between plants they transport pollen to other flowers allowing them to reproduce, so it really is mutually beneficial to have bees in your backyard! 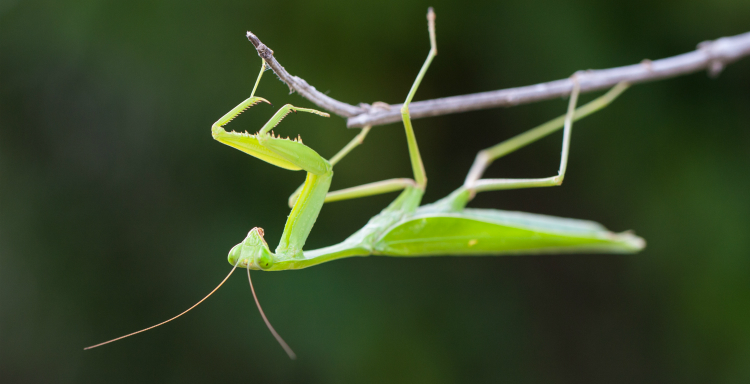 The large, powerful praying mantis is hard to miss, so you’ll very likely know if you’ve got one of these territorial creatures in your backyard. The fascinating minibeasts are named after their raptorial front legs that bend to meet in a prayer position when they’re not in use snatching insects. The formidable predators can turn their triangular heads 180 degrees as they search for prey, snaring and holding their victims in one fell swoop. Seeking out the likes of flies, caterpillars and moths to feast on, the mantis moves quickly to sate its boundless appetite, making this insect an excellent natural exterminator. Tall grasses and flowering plants such as cosmos, daisies and marigolds are helpful in attracting these carnivorous insects.​​
​