8 beautiful birds that you want in your garden!

Birds are a vital part of the ecosystem and a lovely guest to find in the backyard. By travelling from plant to plant and eating pollen, fruits, and seeds, birds play an important role in pollination. Not only that, species that eat insects are fantastic natural pest controllers!

Whilst it can be tempting to leave a bowl of birdseed out to encourage these birds, unfortunately, it is not a good idea in most cases as it can cause imbalances in the ecosystem and alter the birds’ natural behaviour. But there’s another way! There is no better combination than native birds and native plants – so make sure that where possible you are planting native species in your garden.

Here is a list of eight native birds you’ll want to have visiting your garden! 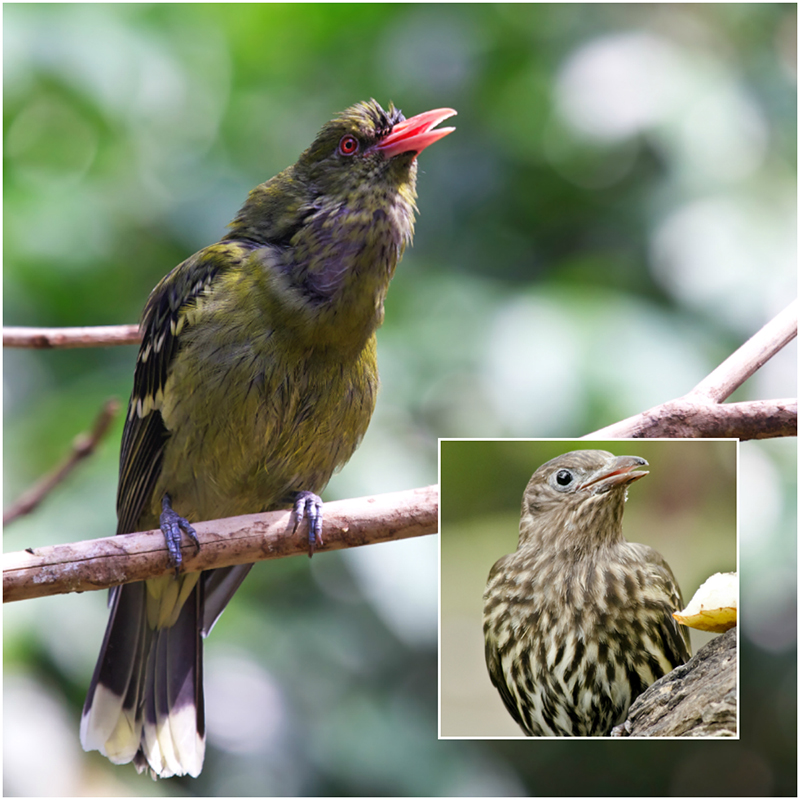 Found on the northern and eastern coasts of Australia (from the Kimberley region in WA to the border of NSW and Victoria), the Australasian figbird is aptly named. Feeding on soft fruits, berries and insects, the figbird prefers figs, and can be found in urban parks and gardens in search of the fruit. 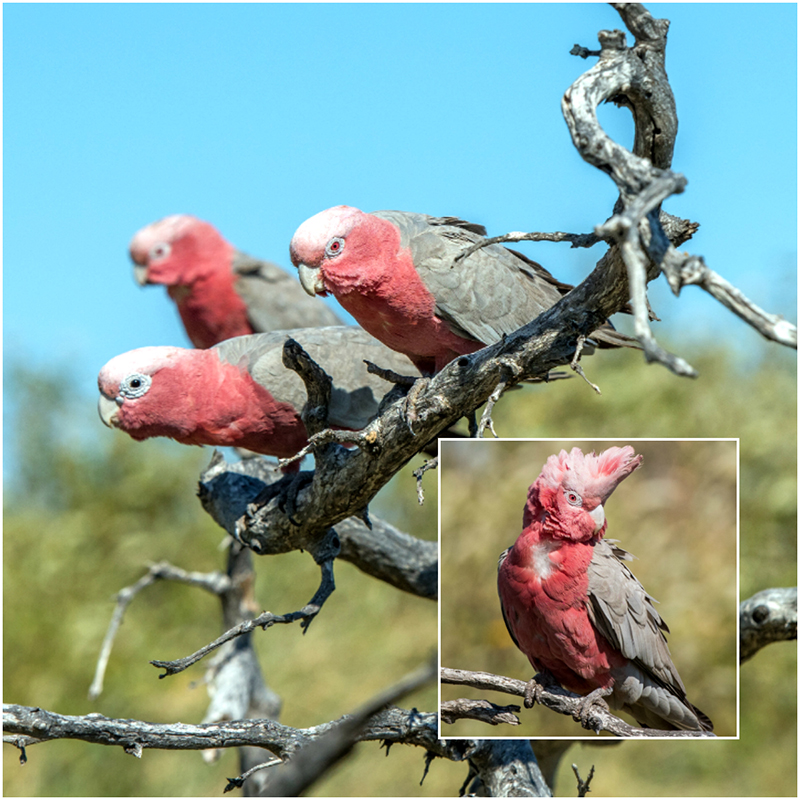 The galah is a type of cockatoo, with distinctive pink and grey colouring. Found across Australia, galah populations have significantly increased in urban areas recently due to the increasing availability of food and water. They form large, noisy flocks and feed on seeds found mostly on the ground – you can often see them feeding on lawns. 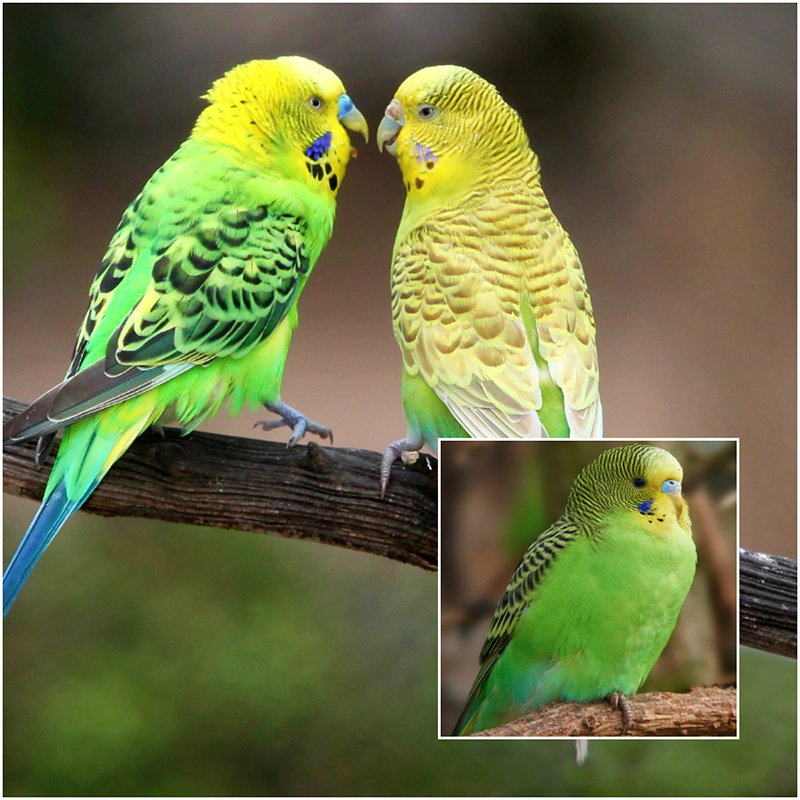 A popular pet, the budgerigar or “budgie” is found in the wild across Australia. Despite numerous colourful species bred of the parrot in captivity, wild budgerigars are small, green and yellow birds with long tails. They mostly feed on the seeds of native herbs and grasses, including porcupine grass and saltbush.

An easy way to tell male and female budgies apart is to look at the skin above their beaks surrounding the nostrils called the “cere” – this is dark blue on males and brownish or light blue on females (depending on the breeding season.) 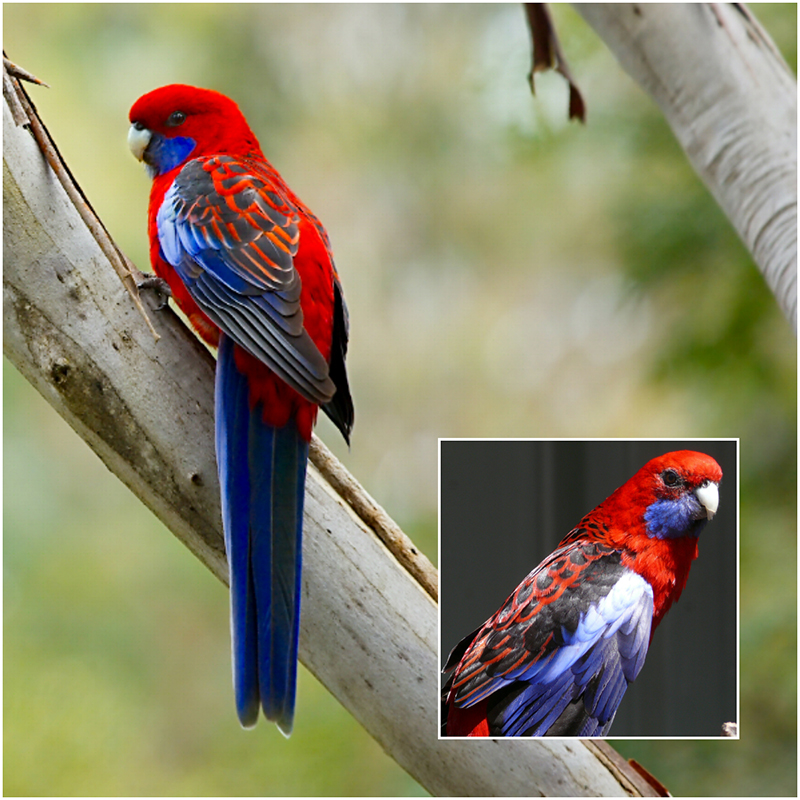 Despite its name, the Crimson Rosella can be also yellow and orange. They are found across the eastern and southern coasts of Australia from Queensland to South Australia. Foraging in trees, bushes and on the ground, Rosellas eat fruit, nuts, seeds, berries and nectar, as well as insects and their larvae. 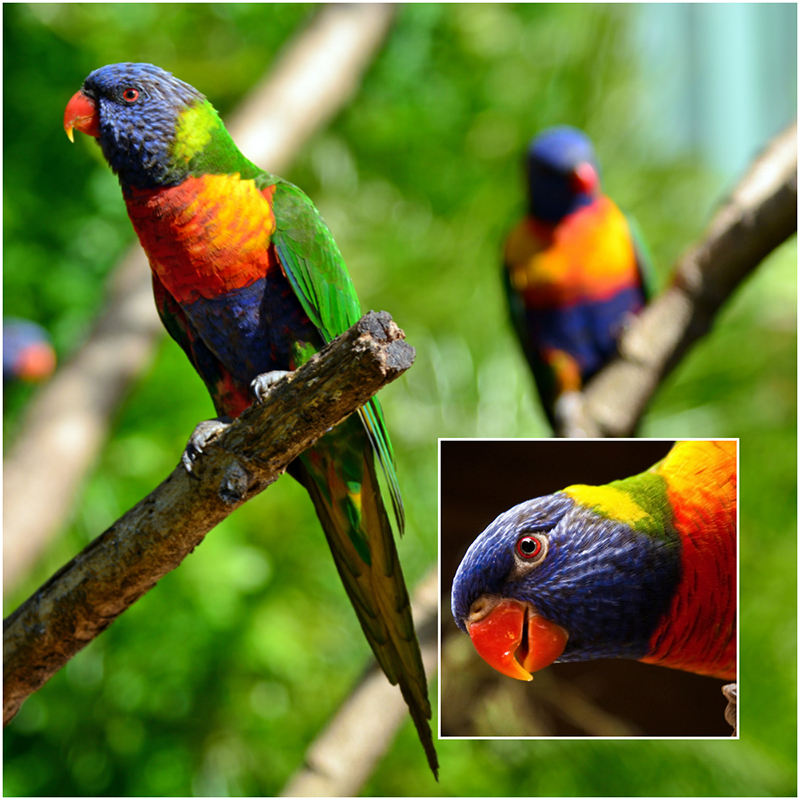 Striking in colour, the Rainbow Lorikeet is a parrot with a bright red beak as well as blue, green, orange and yellow plumage. Lorikeets harvest nectar and pollen found in the flowers of trees and shrubs, but also eat fruits, seeds and insects. They’re hard to miss in the garden – and their flocks can also be quite loud! 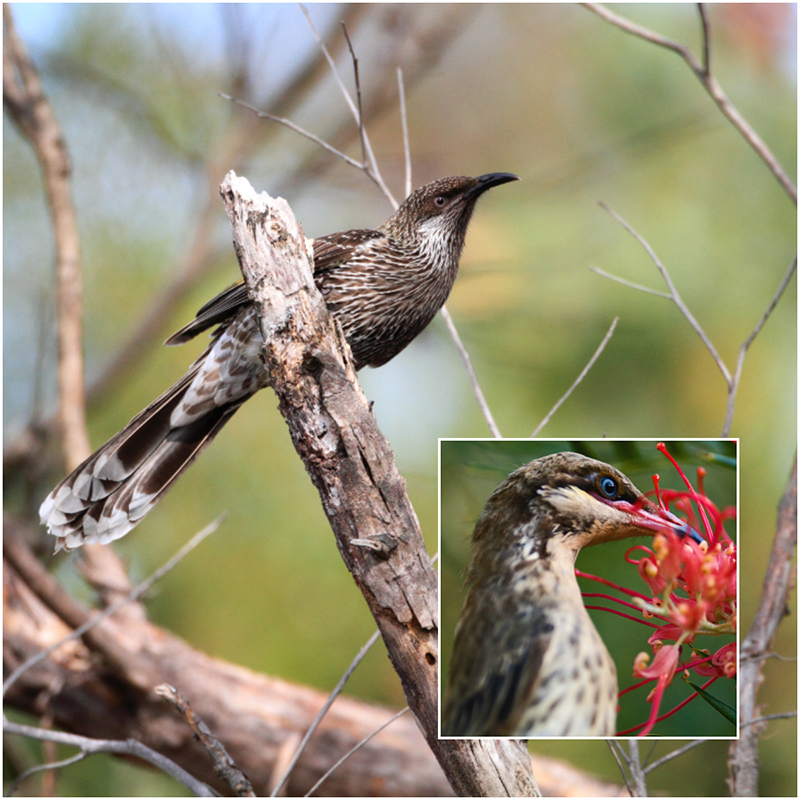 The Little Wattlebird, the smallest of the wattlebirds, is a type of honeyeater which feeds on the nectar of flowers. Found in Tasmania, southern Western Australia and across south-western Australia, it obtains the nectar with its long, brush-tipped tongue. The Little Wattlebird also eats insects, flowers, berries and seeds. In the 1970s, Wattlebirds benefited from the reintroduction of native plants to suburban gardens, as they had trouble feeding on the previously-fashionable exotic and introduced trees and flowers. 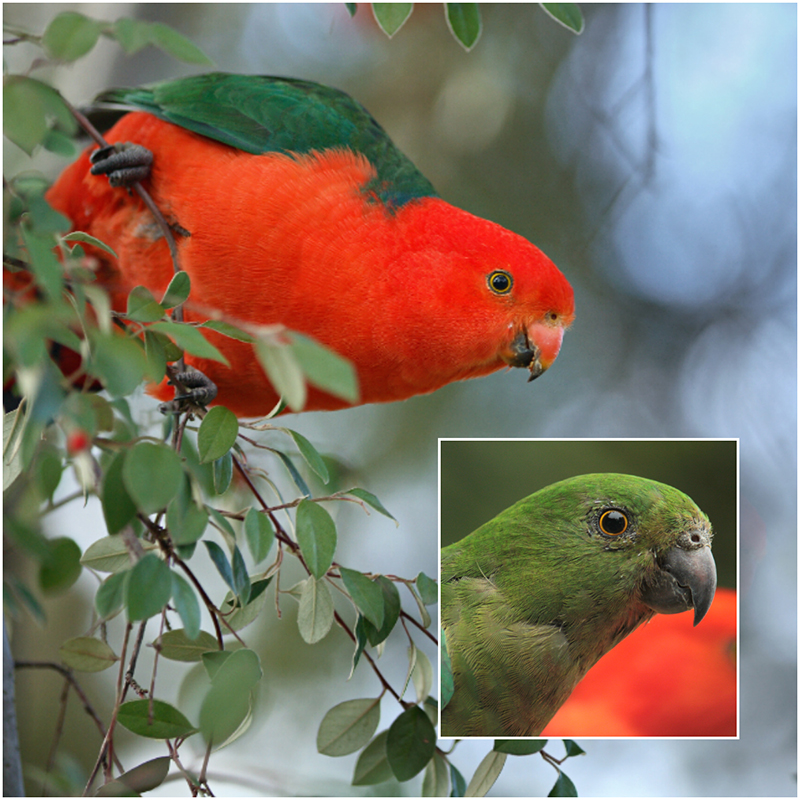 A large and bright bird, the Australian King Parrot ranges from northern Queensland to southern Victoria and can often be seen with various species of Rosella. Most of its diet comes from trees, where the King Parrot forages for seeds and fruit. 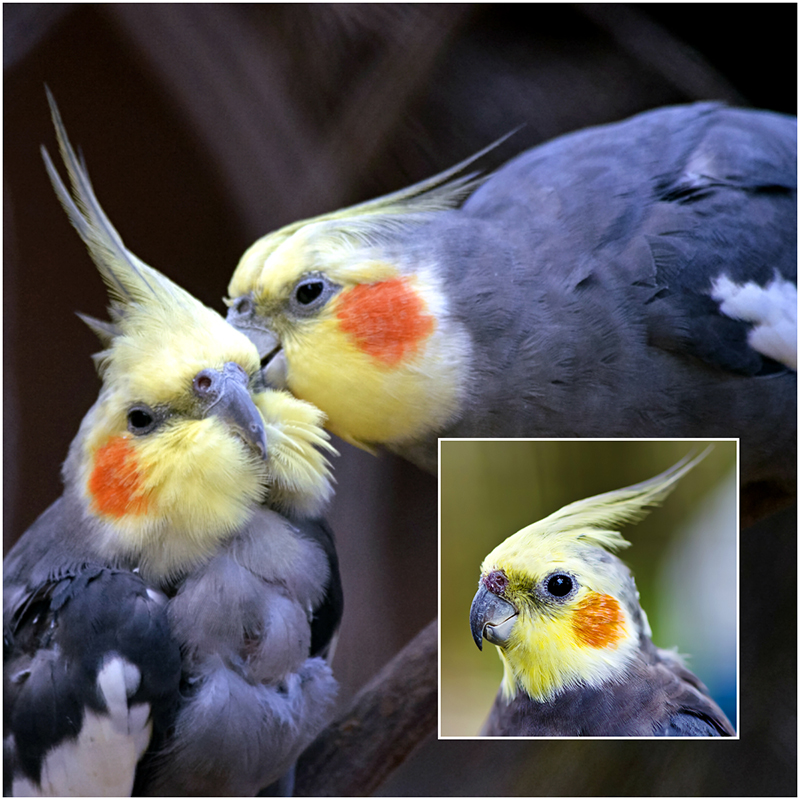 Mostly grey, Cockatiels have brightly-coloured yellow heads and crests, and orange patches on their cheeks. They feed on a variety of grass seeds, nuts, berries and grain. Feeding either on the ground or in trees, Cockatiels eat a wide range of nuts, berries, grains and grass seeds. The species is widespread across the mainland, and a few sightings have been reported in Tasmania. To celebrate world bee day, Dr Megan Halcroft from the Wheen Bee Foundation has written all about the Australian species of native bees t...