What to Grow in Your State This February

Are you struggling for summer planting inspiration? Check out this list to find flowers suited to your area! February is the last month of the Australian summer, and often the hottest. It can be tricky to find which flowers to plant during this time, so why not try one of these? There can’t be a better way to celebrate the sunshine than to get out in the garden and plant some stunning seasonal flowers! Australia is a very large country, so here is a list of plants for each state and territory. As many states have similar climate conditions (and conditions can also vary dramatically across each state), be sure to check if this flower may suit your local area. 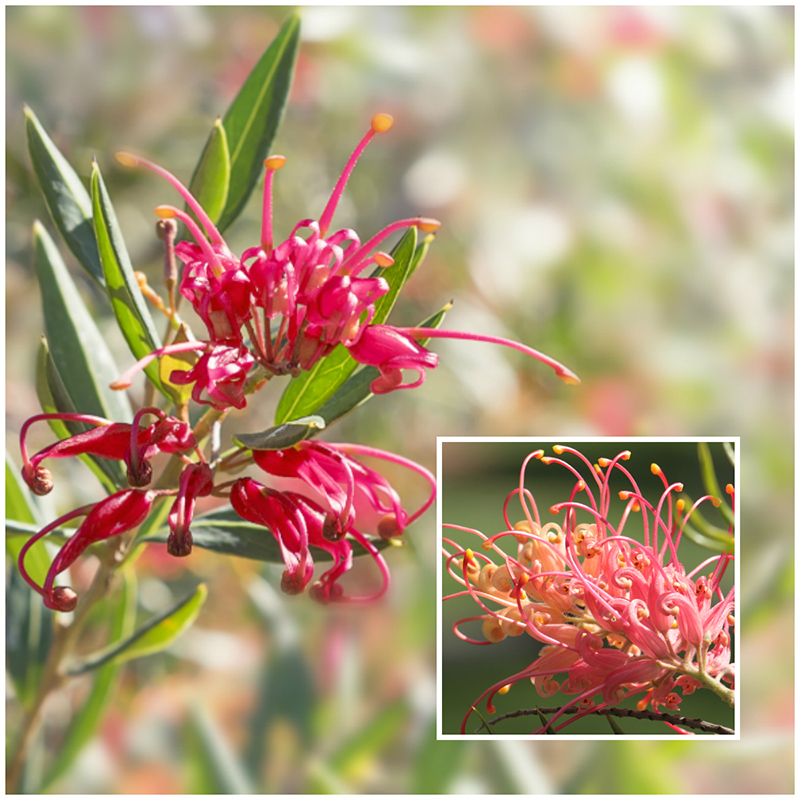 Grevillea is a genus of over 350 different species, which form part of the larger Proteaceae family. There are over 1660 know species of Proteaceae spread throughout the Southern Hemisphere. The family is names after the Greek god Proteus who was able to switch between many forms, because species of Proteaceae come in all shapes, sizes and colours. Depending on your space, grevilleas make excellent groundcover, mid-sized shrubs or even tall screening plants that help ensure privacy. Grevilleas attract nectar-feeding birds, including the rainbow lorikeet, which loves the nectar and seeds of the grevillea ‘honey gem’. They need well-drained, nutrient-rich soil and it’s a good idea to give your grevilleas an extra water during particularly dry periods. Plant them in full sun with some protection from the wind. Don’t put fresh manure on grevilleas as you may burn the roots, which are sensitive to phosphorus. Try putting some mulch around the stems to retain moisture, suppress weeds and protect these sensitive roots.

It’s commonly believed that kangaroo paws are strong, resilient and indestructible native Australian plants. That’s not quite the case, though there are varieties better suited to inner city and suburban areas. Taller, long-stemmed varieties will require less maintenance and tend to be tougher. Endemic to the south west region of Western Australia, kangaroo paws are now grown successfully across the country. They like well-drained soil and full sun. Adding a small amount of organic matter such as compost or manure around your kangaroo paws is also a good way to boost growth. It is important to prune them right back after they have finished flowering. During spring and summer they will require more watering. However, apart from that, kangaroo paws are relatively drought-resistant and attract a range of different birds, making them an excellent choice for any garden! 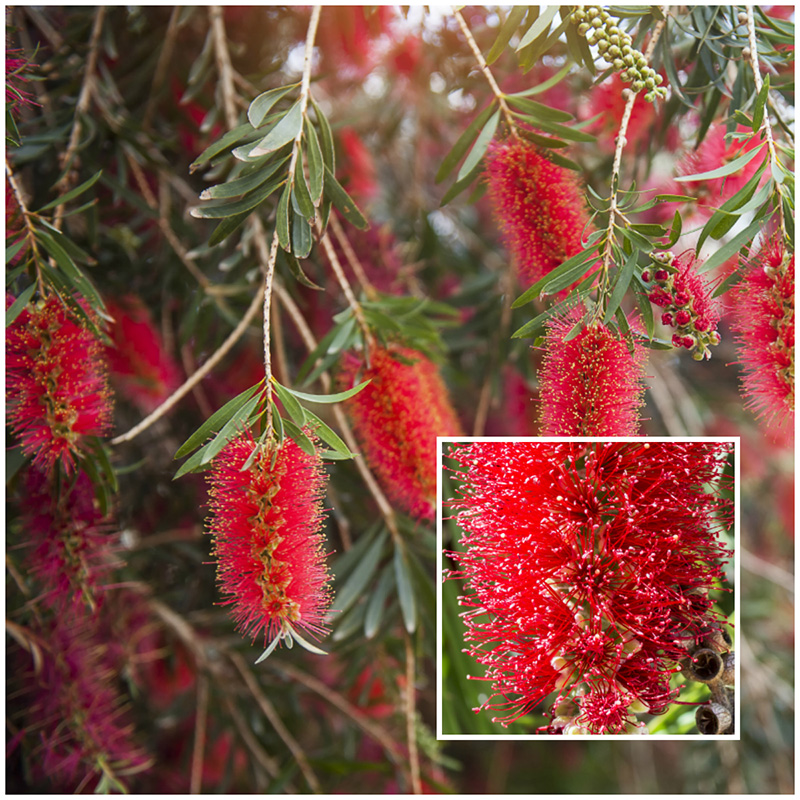 An iconic Australian native, it’s not hard to see how the bottle brush got its name. Grown as both shrubs and small trees, bottle brushes bloom throughout summer in deep reds and crimson (apart from one bright yellow variety!). They don’t do well in very cold climates, so keep that in mind if you’re considering planting bottle brushes. They will grow well in a range of soils, so long as it is well-draining. If your soil is particularly poor, try adding compost or manure when planting to enrich the soil and give it your plants a boost. Fertilise annually to ensure solid growth and water regularly while the tree is still young. A good tip is to mulch around the base of the plant to lock in as much moisture around the roots as possible. 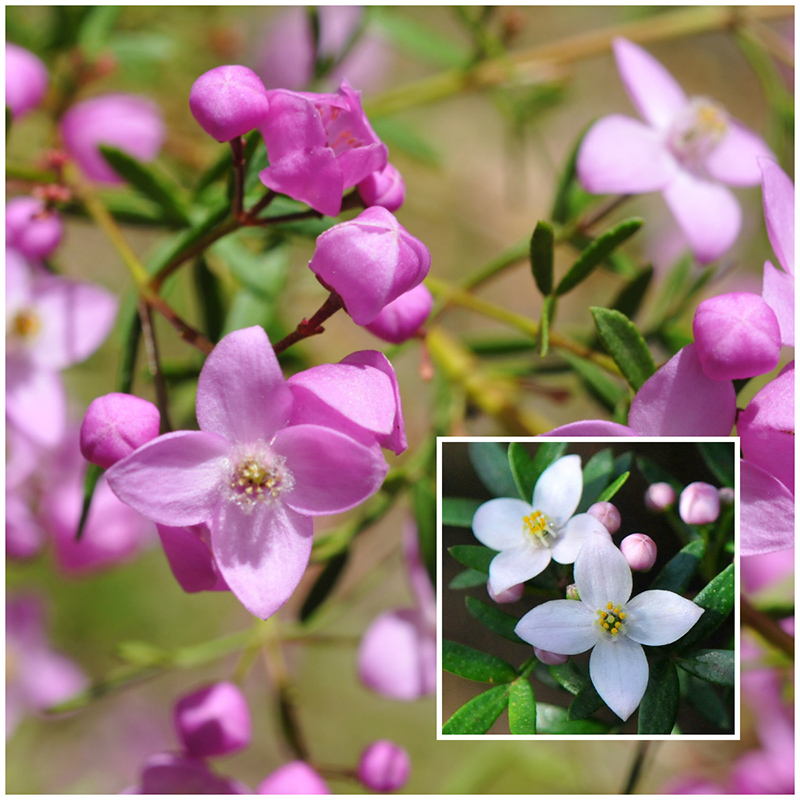 Grown across Australia including the temperate coastal regions of New South Wales and Victoria, the genus Boronia comprises over 160 species of flowering plant. The Melbourne suburb Boronia was actually named after the sweet smelling brown boronia flower! Not only are its star-shaped flowers beautiful, boronias have a beautiful perfume and look fantastic on display. Plant boronias in partial, dappled sunlight to protect them from summer’s hot afternoon sun. Root rot is its greatest enemy, so make sure to plant your boronias in well-draining soil and cover with a small layer of gravel mulch to discourage fungal growth. You may need to water you boronias if you are experiencing a dry winter before bloom. They are not the easiest plant to grow, though with the right care and attention, boronias are a great addition to any garden. 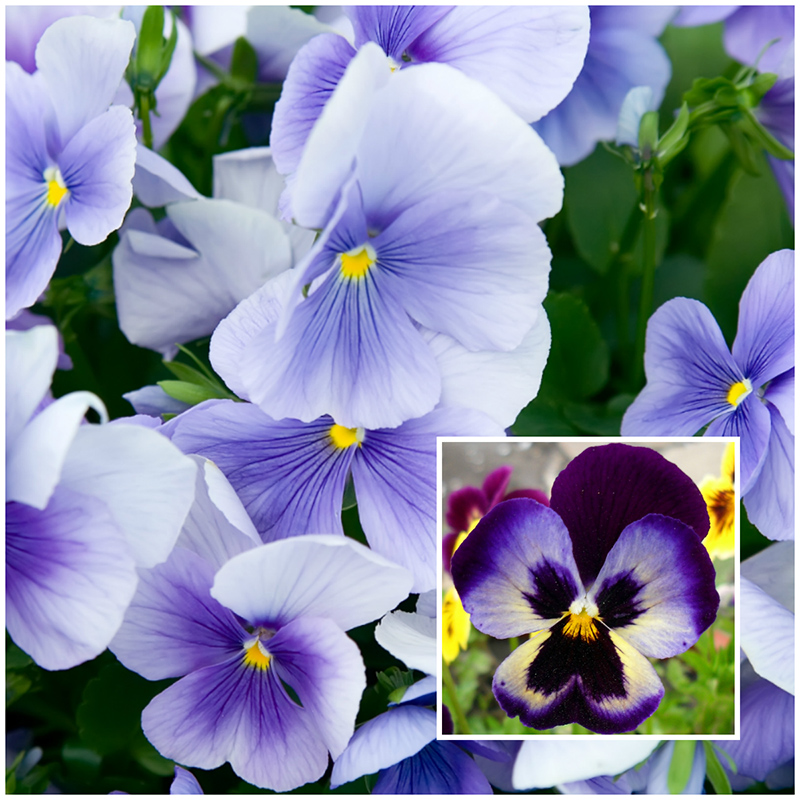 Pansies are a vibrant group of hybrid flowers, which are perennials, though most often grown as annuals. A hybrid flower, pansies were developed more recently than you would think – in the late 19th Century! They come in a wide range of plain colours including yellow, mauve, purple, blue, black and white, as well as varieties that are a mix of different colours. Pansies are often grown in pots and also make excellent border plants. They thrive in full sun, partial shade and pots or hanging baskets. Pick a spot with well-draining and fertile soil. Use compost or manure in your soil, but make sure it is aged well or else it may contain too much phosphorus, which can damage the roots. Be aware of slugs, snails and aphids, which may attack your new pansies! 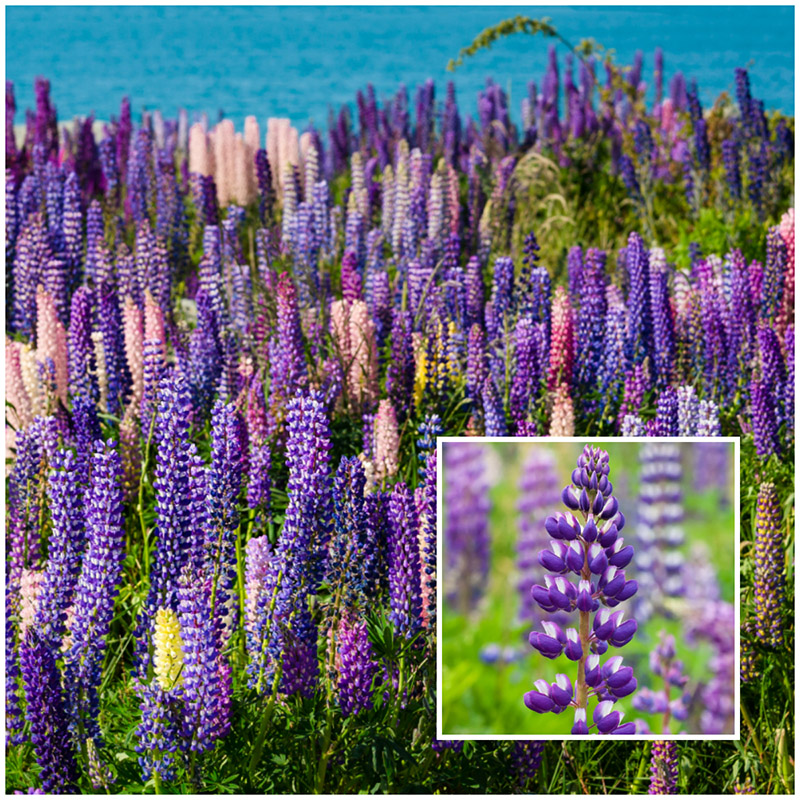 Native to dry habitats in the Americas, northern Africa and southern Europe, there are around 200 species of evergreen shrubs, annuls and perennial in the lupine genus. Though they are tolerant of poor soils and dry conditions, they also thrive in areas with well-draining and moderately fertile soil, and make sure you plant them in a sunny position. They self-seed, so it’s important to plant them in a spot where you can control their growth and spread or else it can run wild throughout your garden. Lupines don’t like to have their roots disturbed, so seedlings should be planted out early. Otherwise, lupines can be propagated from seed or cuttings. 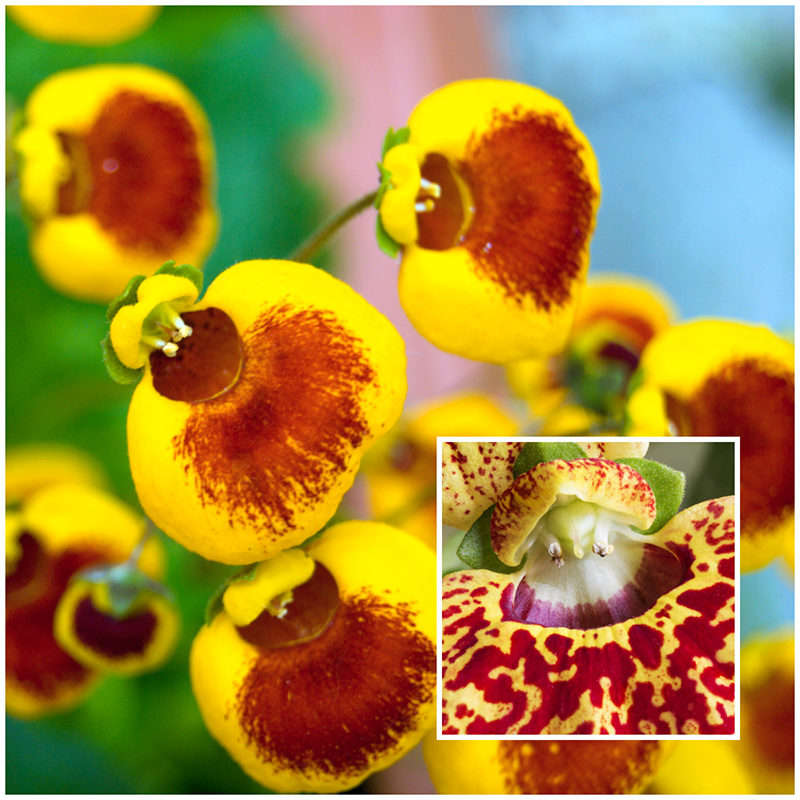 Calceolaria is distinctly shaped and goes by many names including lady’s purse, slipper flower and pocketbook flower to name just a few. Plant calceolaria in a spot that gets plenty of light, but not in direct sunlight which will scorch its leaves. You should also avoid exposing the plant to bitter and strong winds, as cold breezes can also damage its soft leaves. They like some shade and warmer climates, but are a great fit for Victoria as they can resist frost. Ensure that your soil is well draining and be sure to water regularly as the plant is growing. However, you have to make sure you don’t overwater and end up with soil that is too damp, as calceolaria is susceptible to root rot from excess moisture. 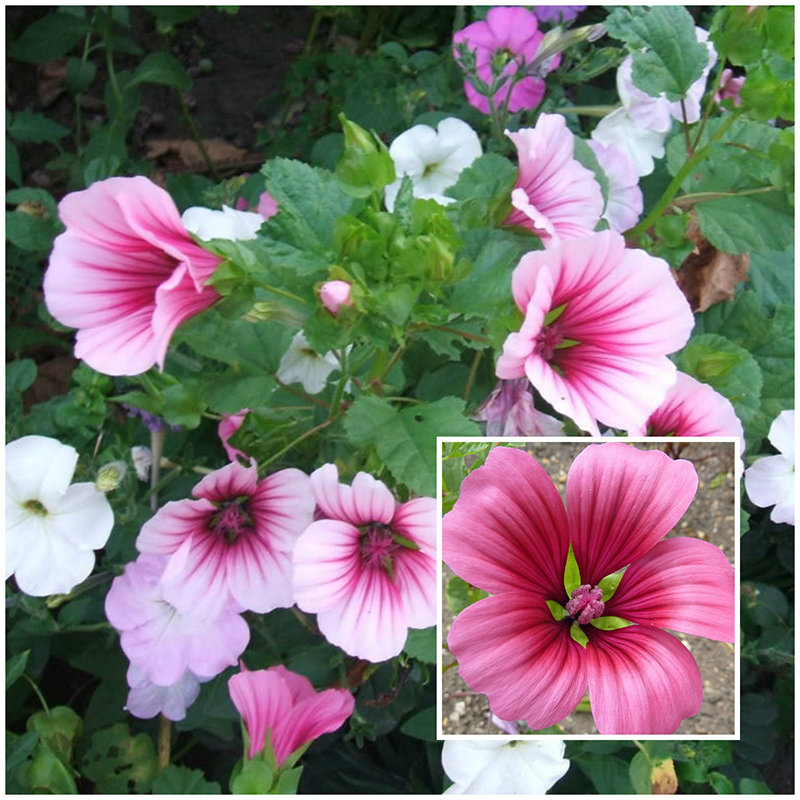 With a green star set into the centre of these stunning pink, magenta and red flowers, malope certainly are striking. They are hardy annuals, and their trumpet-shaped flowers bloom throughout summer. Find a sunny or very lightly shaded spot in your garden to plant. Malope enjoys light soils and good drainage. Also, it’s a good idea to provide support so your flowers grow strong and upright.  Malope flowers are actually edible, so for a fancy addition to your regular meals try throwing on a couple of colourful petals!