What to Grow in Your State This December

Are you looking for a colourful addition to your garden this summer? Check out this list to find flowers suited to your area! December marks the beginning of Australia’s summer months, and what better way to celebrate the sunshine than to get out in the garden and plant some stunning seasonal flowers? Australia is a massive country, so here is a list of plants for each state and territory. As many states have similar climate conditions (and conditions can also vary dramatically across each state), be sure to check if this flower may suit your local area. 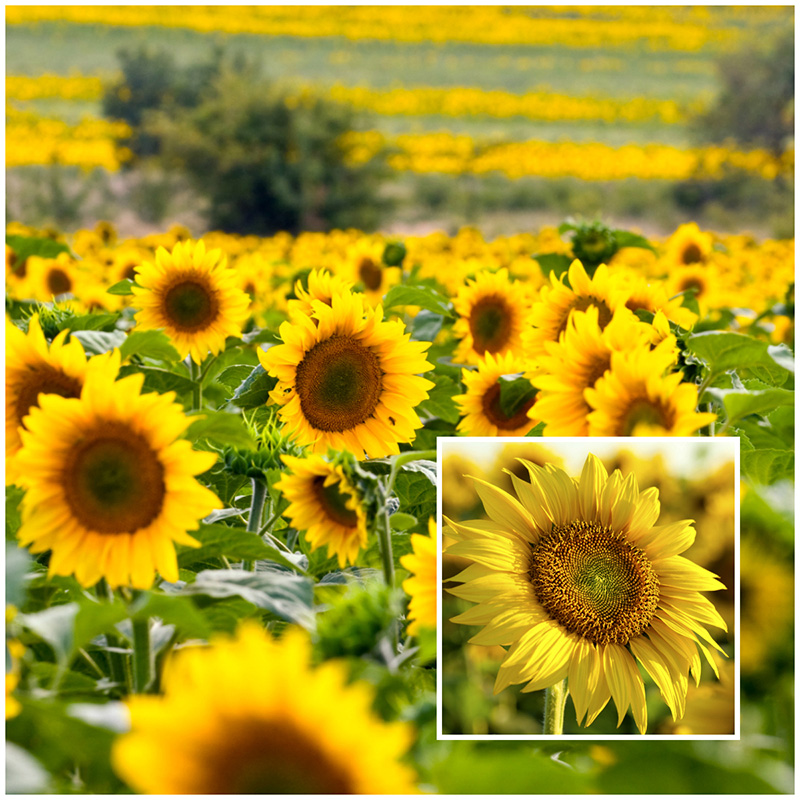 When you think of an idyllic sun-soaked summer garden, chances are it includes sunflowers. Nothing beats their huge bright yellow flowers facing skyward and following the sun throughout the day. Native to South and Central America, sunflowers are annual and need to be replanted each year. In Australia, sunflowers grow in subtropical and wet/dry tropical areas, so right across the top of the country including northern WA, NT and Queensland, and down the coast to northern NSW. Ensure that you plant your sunflower seeds in a sunny area of the garden in fertile, well-drained soil. Ensure that there is plenty of organic matter (including compost and manure) around your plants, and be sure to weed them regularly. They do well towards the end of spring and summer because the soil is getting warmer, making December the perfect month to get planting! 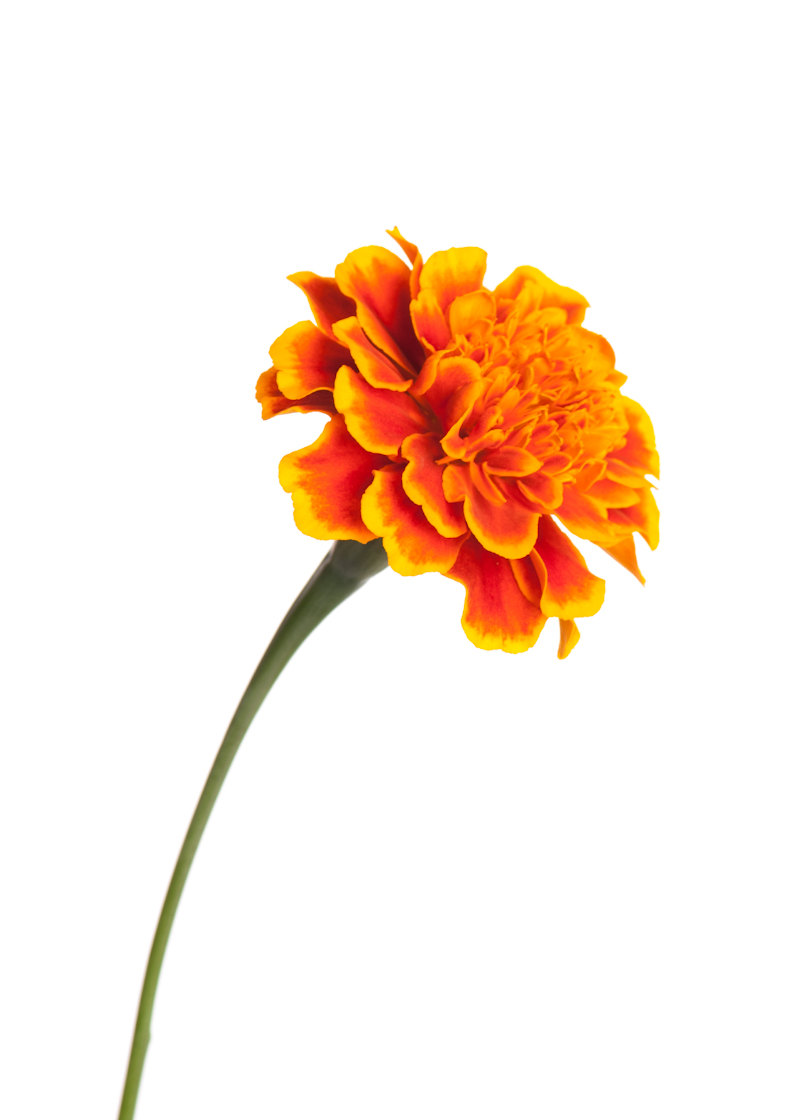 You can get many different types of marigolds depending what you like. For example, African marigolds tend to be tall and large, whereas French varieties are usually dwarves, and ‘triploid’ marigolds are a multi-coloured mix of both. You’ll usually find marigolds in a range of warm tones – yellow, orange, and brownish red. They grow well in full sun and enjoy most soils, and are very resilient plants. However, giving them a water every now and then and making sure you deadhead often is a great way to ensure a healthy plant and good bloom. Marigolds also make great companion plants as they deter a range of pests, so try planting them next to crops that have a pest problem. Marigolds grow well throughout Australia, in parts of all states and territories (except for in particularly dry inland areas)! 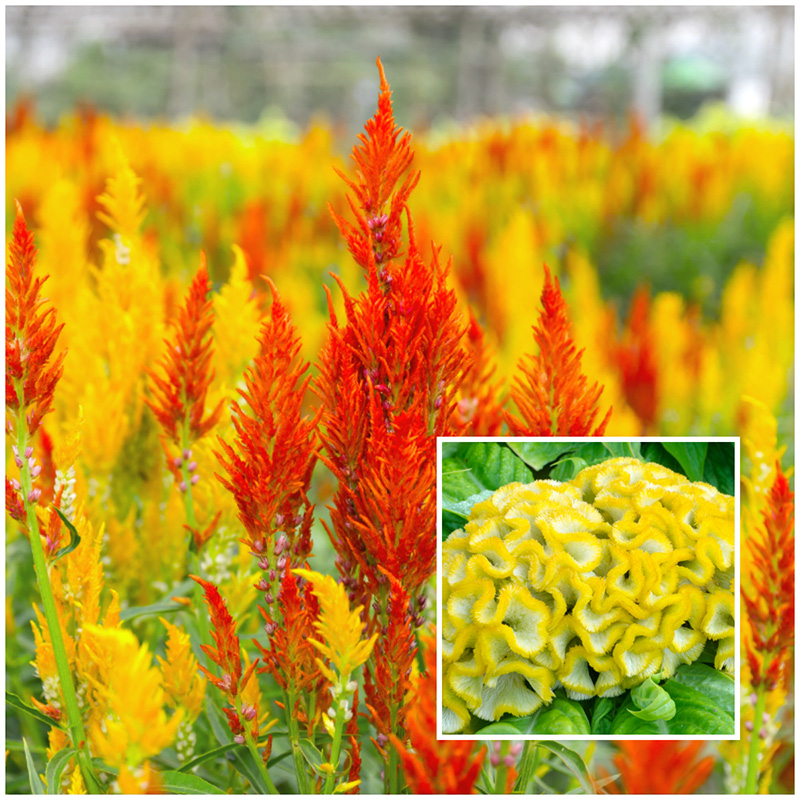 If you’re after a striking annual flower, look no further than celosia. There are a range of different varieties, each shaped and coloured in different warm tones including yellow, orange, red, pink, purple and white. For example, spicata resembles wheatgrass in shape, but is a vibrant purple-pink. Plumosa is bright yellow or red and flame-like. But the most unique variety is certainly the cristata, which looks just like a bright piece of coral. Pick a variety most suited to your garden, and be careful to select a size appropriate to the size of your space. Celosia are resilient plants, but they do require some maintenance. They like rich, well-drained soil and a moderate amount of water. Removing the flowers after they’ve died off is also important. Like sunflowers, celosia grows in subtropical and wet/dry tropical areas. This extends cross the top of Australia including northern WA, NT and Queensland, and down the east coast to northern NSW. 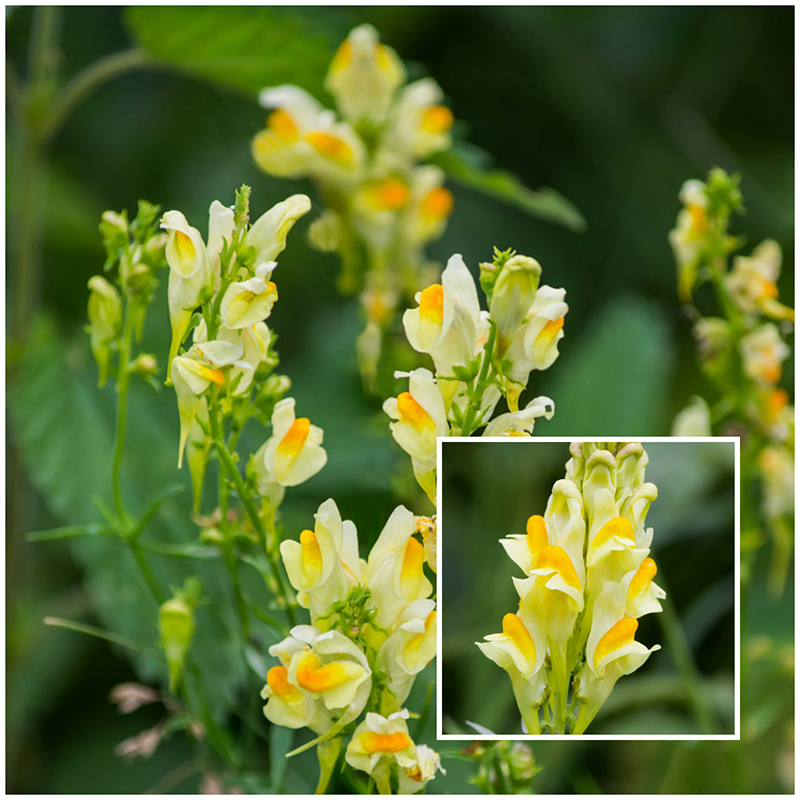 Linaria is fantastic for new gardeners, super easy to grow and blooms beautifully in winter and spring. Closely related to snapdragons, linaria are striking spear-shaped flowers that come in various colours. They can also be planted in and around perennials, as their shallow roots mean they won’t compete for water and nutrients. A small amount of seedlings will go a long way and grow quickly. What’s more, they will often self-seed and grow back again. Your soil should be well-draining and rich – composting is a great way to improve your soil quality. If possible, plant the tiny seeds directly into the garden. However, linaria can be planted into pots and transferred later. Don’t separate seedlings, they do not like root disturbance. Plant during summer in temperate areas including coastal NSW, southern Queensland, Victoria and WA. Also, if you trim back linaria after the first bloom and they will keep flowering! 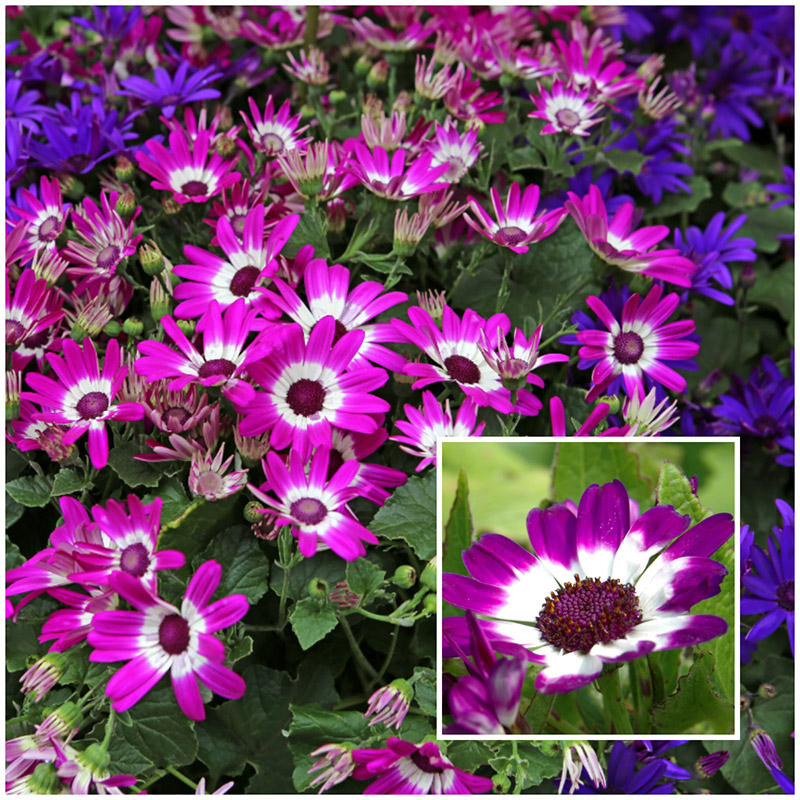 Part of the daisy family, cineraria are gorgeous perennials (although often grown as annuals) usually grown in winter. However, depending on the area, can also be planted in summer. Suited to colder climates, cineraria are perfect for Tasmania and other areas across Australia with similar summer conditions, such as Melbourne and southern Victoria, South Australia and NSW’s Southern Tablelands. Unfortunately, cineraria will wilt if exposed to full sunlight, so plant in shady areas with plenty of good compost. They bloom in a range of colours including red, pink, purple, violet and blue. When they have finished flowering, cut them back when you see new shoots at the base. If you tend them carefully, cineraria will last more than a year! 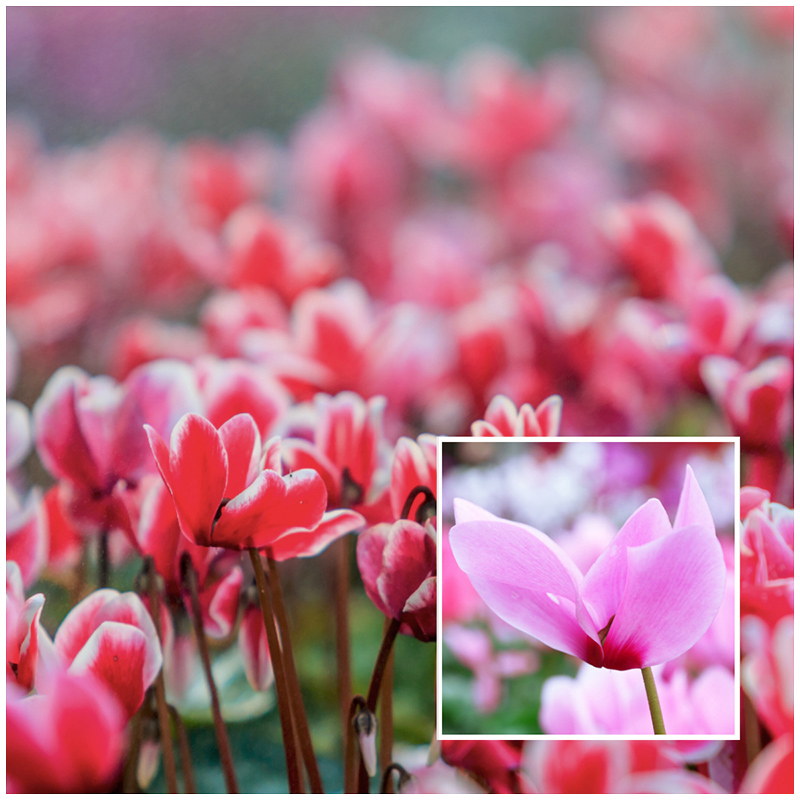 Cyclamen are an unusually shaped perennial flower, and despite a reputation as indoor potted plants, do very well outside! Originally coming from the Mediterranean, cyclamen developed to withstand hot, dry conditions. Make sure to plant the top of the tuber above the soil line. Water when the soil feels dry, but be careful not to over water, as this can lead to rot setting in. Similarly, try to avoid getting water on the crown of the plant. Cyclamen can be grown during summer in cool and temperate areas, which includes parts of WA, SA, Tasmania and NSW. If you do have pets, definitely do not plant cyclamen as the whole plant is toxic to both cats and dogs. This is explained in our ‘6 Plants Poisonous to Cats and Dogs’ blog. Instead, NSW’s cleome, SA’s linaria, Tasmania’s cineraria and the ACT’s ageratum are great alternatives. 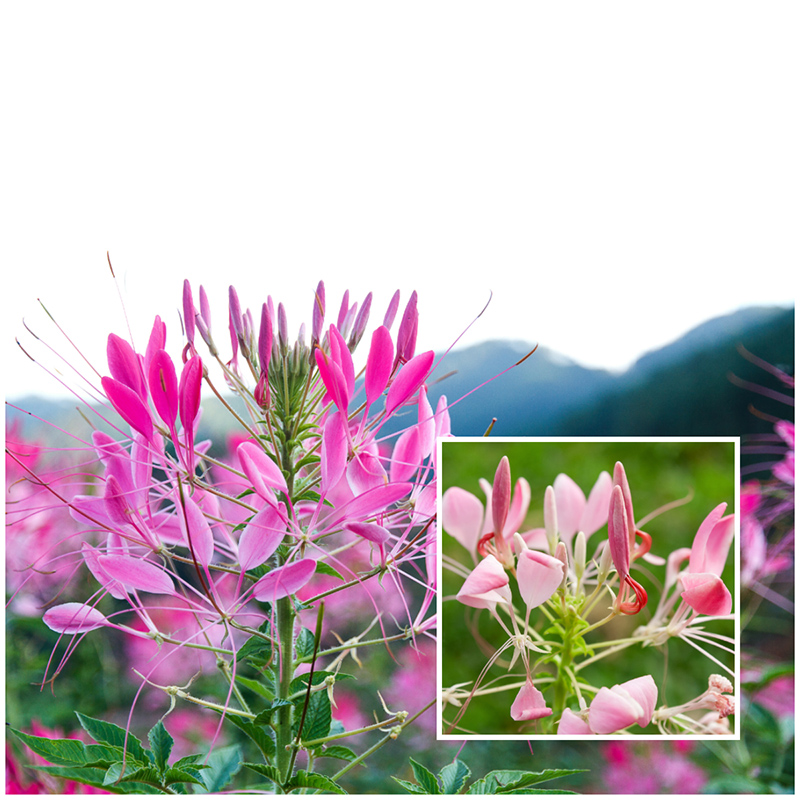 The unusual spider flower is aptly named, its long stamens giving it the appearance of a large, pink arachnid. They come in pink, purple and white, and some are a combination of the three. Spider flowers are great because they aren’t particularly fussy. Once they’re properly established, cleomes can endure really hot summers. They thrive survive in full sun to partial shade and they don’t require specific soil, just a well-draining area. It may be surprising but this large plant is actually an annual. But never fear, like linaria, spider flowers are self-seeding and will return year after year! Cleome can be grown during summer in cool and temperate areas, which includes parts of WA, SA, Tasmania and NSW. 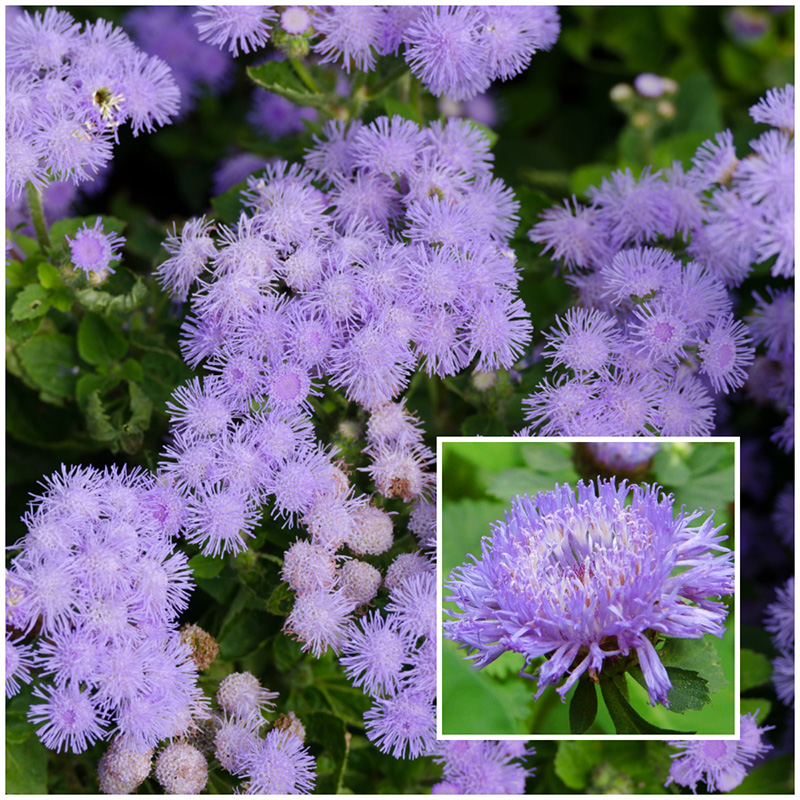 Another member of the daisy family, ageratums are pom-pom like flowers that most often bloom in a vibrant violet colour, as well as blue, purple, pink and white. Be careful with ageratum though, all parts of this plant are poisonous! Ageratums are usually annuals, however, if cared for properly, ageratum may come back again. This includes deadheading after flower die, which will encourage another bloom. Ageratums need fertile, well-drained soil and full sun or partial shade – they should also be exposed to sunlight which they need to germinate, so only cover seeds lightly with soil. Ageratums can be grown from seed in warm soil, making summer a good time to plant. During December grow ageratums in cool, temperate and subtropical climates. This extends from southern coastal Queensland, down the coast of NSW, all of Victoria and Tasmania, and parts of coastal SA and WA.