What to Grow in Your State This April 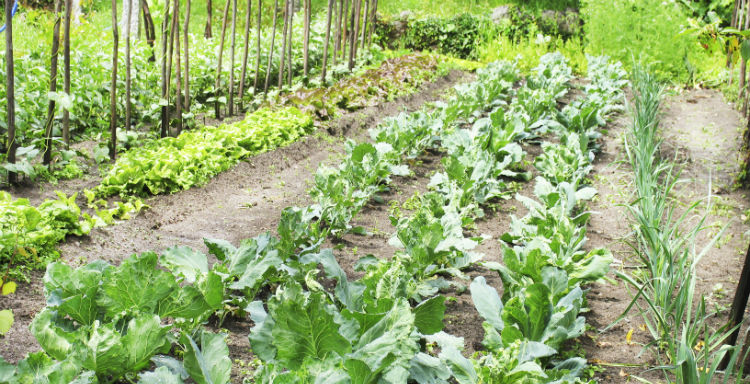 April is officially mid-autumn, which means it’s time to start plotting your vegetable garden for a fruitful crop next harvest season. Australia is home to a variety of climate zones affecting what can be sown and grown around the country at this time of year, so to help you work with the weather we’ve rounded up what you can plant in each state and territory this April. Happy sowing! 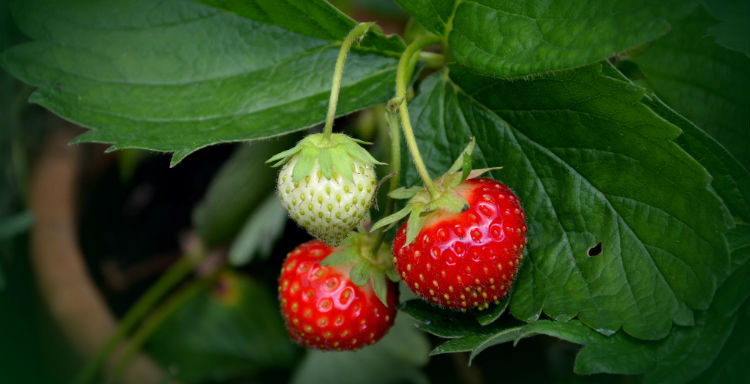 Strawberry plants can be sown in April in the sub-tropical regions of Australia, which includes much of Queensland. Plant strawberry runners around 30cm apart in an open, sunny position with good airflow and well-drained soil, ideally rich in humus. These low-growing leafy plants require regular watering close to the ground to avoid getting their leaves wet (they are susceptible to disease and rot). During harvest season, when the fruits are ripe – usually a few weeks after the plant's first bloom, the strawberries can be picked and eaten straight from the garden. Delicious! 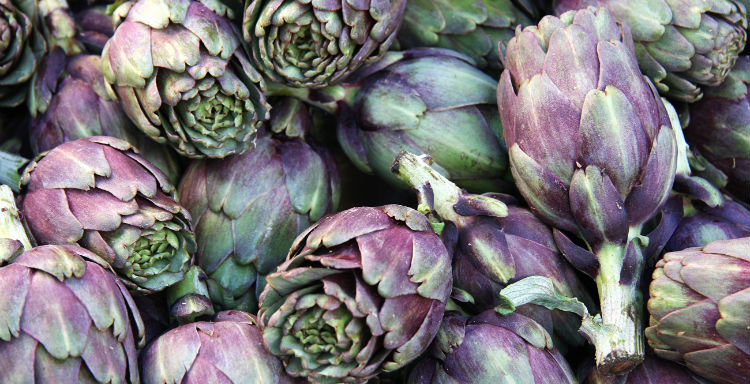 Originating from the balmy Mediterranean, the globe artichoke can be sown from April to July in the tropical regions found largely in the Northern Territory. Well suited to sandy soil, artichokes require a warm, sunny spot with well-drained soil, plenty of space to grow and a nice mild winter to survive in. Come spring and summer you will be rewarded with an array of handsome purple-green globes that can be cut and used in the kitchen for a variety of dishes, or left to add a touch of ornamental beauty to your flower bed. 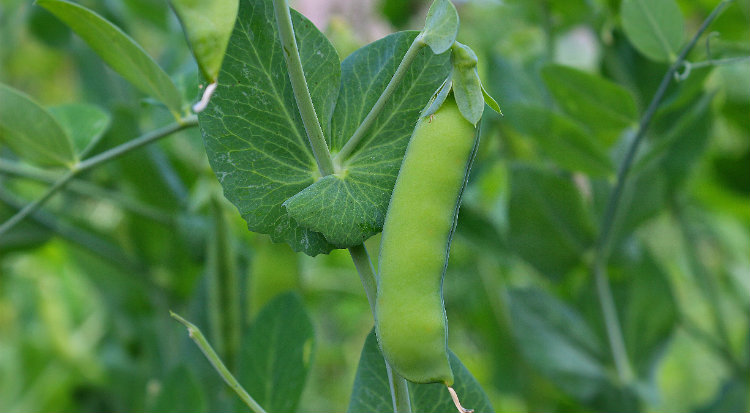 Peas are one of the main vegetables grown in Western Australia, well suited to the milder winters of this area. Garden peas, snow peas, sugar snap peas – whichever variety you choose, opt for a sunny position in the garden with well-drained soil. Peas aren’t especially fussy, so will grow with ease in most soil types, however the plants do require some kind of support to climb up, such as trellising or stakes. Seeds should be watered soon after sowing and then again only once they have germinated. When pods have fully formed, harvest regularly. There’s nothing quite like the sweet taste of peas eaten straight from the pod! 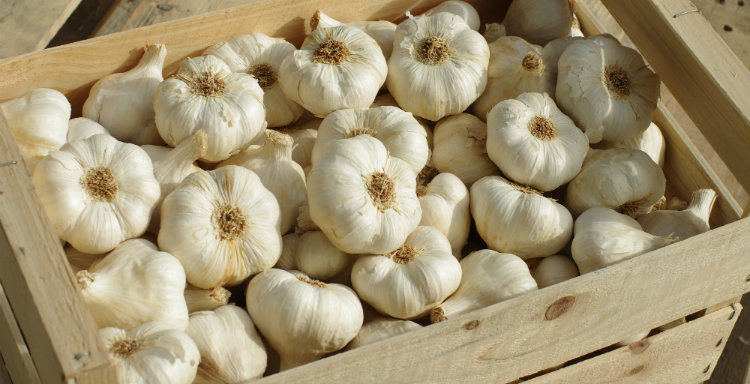 Packing a pungent punch, garlic is a healthy and delicious staple of cooking and there are hundreds of cultivars to grow. Early April is the ideal time to plant most varieties in the temperate climes of New South Wales. Simply separate and sow the cloves in a light, sunny spot with rich, well-drained soil. As garlic is rather opposed to weeds, mulch well and water regularly until the tops brown (usually in summer), which is when the garlic is ready to be harvested and dried for two to three weeks before consuming. Store bulbs whole, out of the fridge. 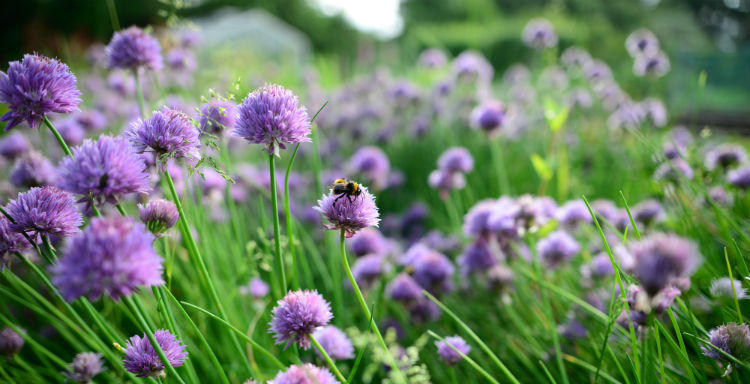 Chives are a cool weather perennial herb well suited to growing in the often cold and unpredictable climate of ACT. Versatile and relatively hardy, chives boast attractive purple flowers that are as edible as the leaves themselves and make a tasty addition to salads. Easy to grow from seed, chives love cool weather, a sunny spot and moist, fertile soil that is well drained. In as little as seven weeks you will be rewarded with a scrumptious onion-like herb that will bring added aroma and flavour to your cooking. 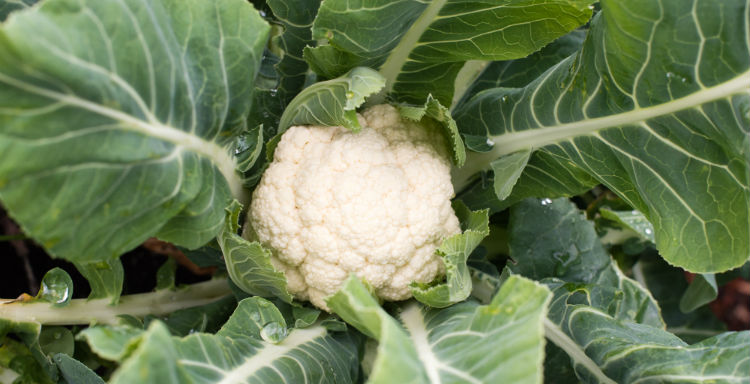 The cold winters of Tasmania lend themselves well to growing veggies that like a cool climate, such as brassicas. Cauliflower is a cool weather crop that thrives in cool, well-drained soil, and many cultivars are frost hardy. The cold weather helps its curds (flowering heads) to ripen. Cauliflower seeds should initially be sown in seedling trays before being planted out around six to seven weeks after sowing, in a sunny spot with good soil drainage. Dig a deep hole to accommodate the roots and allow plenty of space for your cauliflowers to flourish in. They are ready to be picked when the heads are large and firm to the touch. 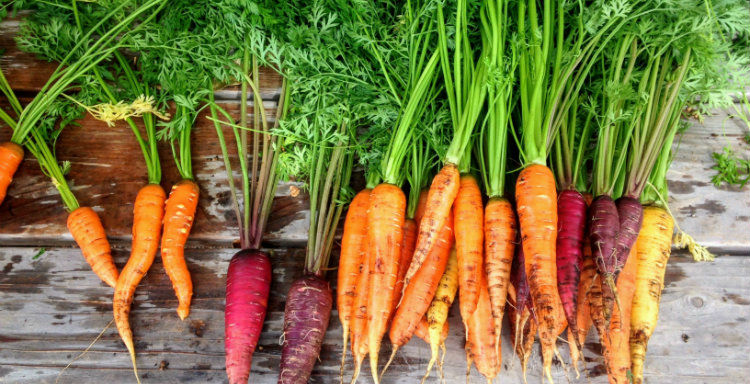 In the mostly temperate region of Victoria, the hardy carrot thrives in deep, cool soil. Preparing your soil is the first step towards a healthy carrot crop, so consider removing any stones or heavy soil and raking through some compost before sowing. Plant straight from the seed into well-drained soil in a sunny spot in the garden. Keep seeds moist whilst germinating, then thin out once small seedlings have formed. Around eight weeks after sowing your first carrots should be ready to sample and can be continuously picked over the following few months. 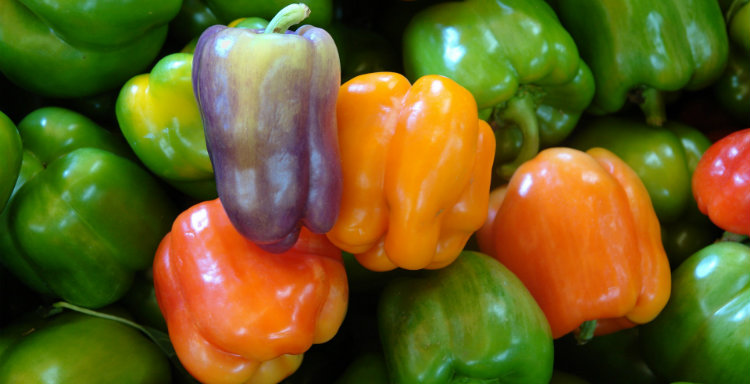 The arid, frost-free conditions found throughout much of South Australia creates an ideal climate for growing capsicums. As the seeds can be tricky to germinate, it is recommended to sow them inside in containers at first, or buy ready-established seedlings from your local nursery. Sowing in a warm, sunny position in the garden is best as the bell peppers need plenty of sunlight to mature. Once established the plants will only need watering a few times per week (not every day). When your plump peppers look well and truly developed they are ready for the picking - and eating! We have added Free Ratchet Pruners to your cart!