Are RoboBees the Future?

With the news earlier this year that retail giant Walmart filed a patent for pollination drones, we take a closer look at the fascinating development of the robotic bee 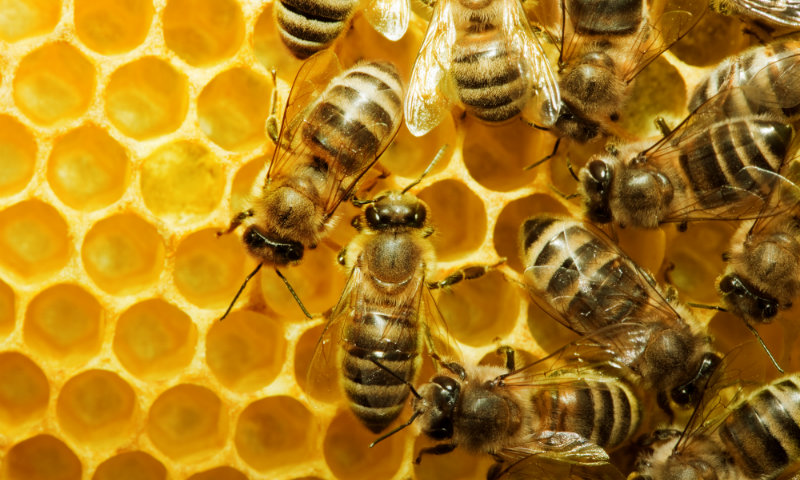 It’s no secret that bees are declining. In fact, they’re disappearing from our gardens at an alarming rate with reports suggesting up to a staggering 30 per cent of the bee population dies off each year. The crucial insects are responsible for the cross-pollination of at least 30 per cent of the world’s crops and up to 90 per cent of our wild plants. Extensive research has been conducted into the severe decline of the bee population and some of the suggested causes include habitat loss, use of pesticides and other chemicals, parasites, climate change and the effects of global warming.

In response to the environmental plight, researchers at the Wyss Institute for Biologically-inspired Engineering at Harvard and Harvard School of Engineering and Applied Sciences have been developing incredibly advanced autonomous flying microrobots, otherwise known as RoboBees, first publicised in 2013. With a potential future in crop pollination, the manmade insect-inspired bots could one day perform several key roles in agriculture including pollination, surveillance and weather, climate and environmental monitoring. 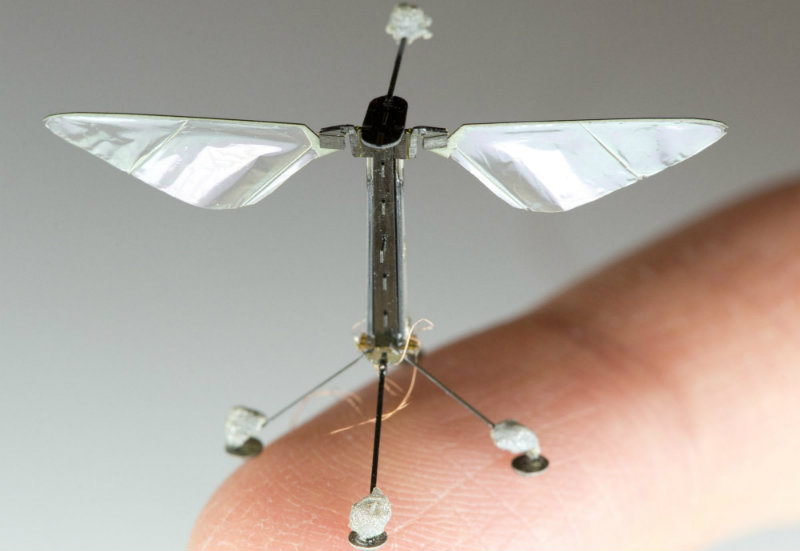 Measuring around half the size of a paperclip and weighing less than one-tenth of a gram, the RoboBees (pictured above) fly using artificial muscles comprised of several components that contract when voltage is applied. The creation was motivated by the idea of developing tiny vehicles capable of self-directed flight and coordinated behaviour in large groups using ‘smart’ sensors and control electronics to assist in mimicking the eyes and antennae of a bee, responding dynamically to the environment around them as well as each other.

The initial carbon fibre RoboBee design could achieve vertical take-off, flapping its wafer-thin 3cm ceramic wings up to 120 times per second, as well as hovering and steering. Further development in 2016 saw the RoboBee acquire another new skill set: to be able to stick to surfaces using static electricity, allowing the bots to latch on to a flat surface made of almost any material for the first time. In October 2017, perhaps the most impressive new development yet emerged: a hybrid robot that could not only fly, stick to walls and dive into water but could also swim, float and propel itself back out of the water, safely landing utilising a built-in combustion system. The bot's internal gas collection chamber uses a tiny sparker to ignite the gas, allowing the robot to propel itself out of the water. 1,000 times lighter than any previous aerial-to-aquatic robot, the RoboBee can then passively stabilise in the air so that it always lands upright, on its feet.

Since then, further programming experiments have been conducted by engineers at Cornell University to try and mimic the way an insect’s brain operates. The developments require an extensive amount of computing power and include using tiny embedded probes to detect wind and adjust flight movement as well as developing a new type of neuromorphic chip to process spikes of electrical current that fire in a similar way to neurons in the brain, with less power than traditional processors. However, at this stage the RoboBee is still a tethered device, so further power sources still need to be perfected before the mini-bot can be tested on a larger scale.

In March of this year, US retailer Walmart filed a patent for ‘systems and methods for pollinating crops via unmanned vehicles’, also known as pollination drones, though the retail giant hasn’t commented or released any information on the move yet. It is thought the futuristic drones will be capable of pollinating flowers and crops using cameras and sensors to identify pollen sources. 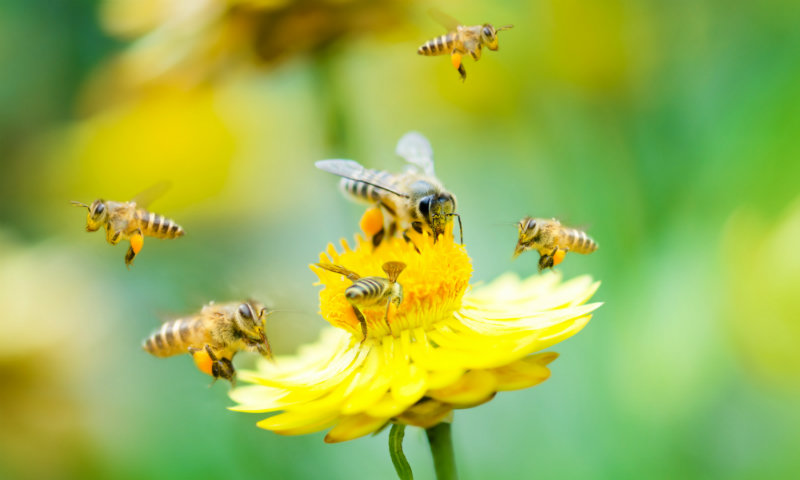 Of course, whilst the premise of a pollinating drone sounds fascinating, it’s a long way off and there’s no saying it’s the answer to our declining bee population. There’s certainly a lot more we can do to encourage the real heroes of the insect world in the meantime. Bees love bright flowers rich in pollen and nectar, so planting some of their favourite food plants such as thyme, lavender, celosia, banksia, daisies, asters, wattle and grevillea will give your yard the best chances of a visit, particularly if you have a diversity of plants growing during the flowering season. You can also build a bee hotel or similar habitat/shelter and avoid using pesticides on your plants and other chemicals around your garden.