‘Mother Nature’s let us down,’ that’s what fourth generation farmer Rob Murray says as he looks upon his drought-ravaged land.

Last week, Hoselink’s CEO Tim Kierath headed back on a road well-travelled to visit Rob and his family at their farm in Cumnock, NSW, along with Hoselink's Head of Marketing, Michelle Di Micco, Content Editor, Natalie Crofts, and Video Content Producer, Kim Pedersen. Motoring along the dry and dusty route he once used to commute to and from his hometown of Narromine, Tim expressed a sense of nostalgia as he prepared to meet the Murrays and see first-hand the devastating impact of drought currently gripping the state.

With months of below-average rainfall and very little predicted, it looks to be a hard summer for the Murrays, whose family have tended to the land here for well over 100 years. Regularly working 70-hour weeks, Rob and wife Irene, along with their son Duncan, are bracing themselves for a tough season ahead, preparing to ‘put in the hard yards’ to see their 2,800-acre farm through the crippling dry spell.

With 40 years of experience under his belt, Rob knows all too well the effects of drought on the land he grew up on. ‘The lack of rain creates a problem with feed. Our day-by-day workload has increased because we’re hand-feeding all our sheep,’ he explains. 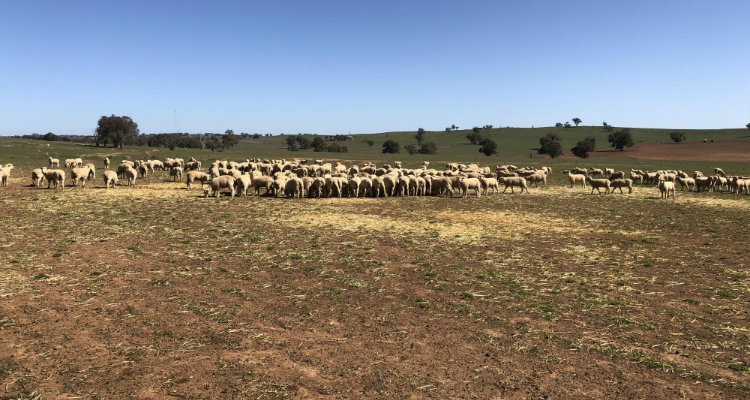 The lack of grazable pasture, expensive feed prices, bone-dry earth and a severe water shortage has forced the family to sell stock, abandon plans to grow wheat and canola crops and be more frugal with water than ever.

‘The part of it that probably affects us the most is the money side of it. We’ve thrown about $180,000 at feed up to this point and to get that back will take a while,’ says Rob.

With little to no grass left for them to graze on, the Murray's 2,400-strong herd of sheep now require daily hand-feeding with a mixture of hay and grain, but this isn’t the first time the farming family has faced tough times.

‘Back in 1980, when we had the first bad drought, it was the worst time of our lives,’ says Irene, ‘We had three kids, no money, Rob’s mum passed away, my father-in-law had left, and Rob broke his leg playing football. It was basically destock to keep going.

‘The next couple [of droughts] we were a little bit wiser; we put a bit of money away and were able to buy feed. This drought is comparable to the 1980s because there is absolutely nothing in the paddocks,’ says Irene. 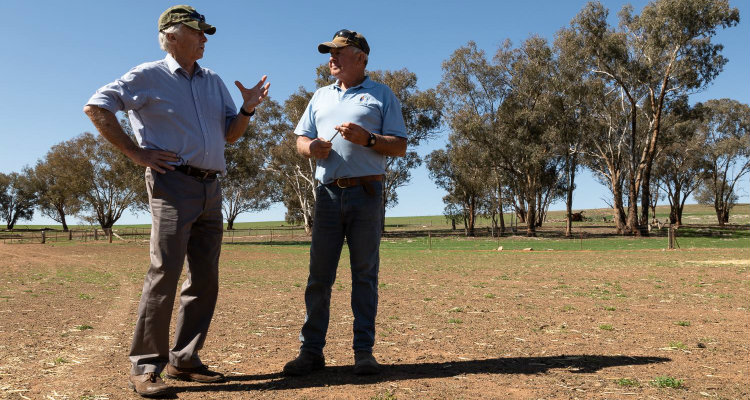 Even after 40mm of rainfall two weeks ago, it wasn’t enough to give the farmers the break they so desperately needed. ‘We’ve had rain, thankfully last week, but if you don’t get more follow up rain, it’s green now but it might not be green in two weeks’ time. It’s hard. Every week is an unknown,’ explains Rob’s daughter-in-law, Nadia, who volunteers with Rural Aid to help raise awareness and bring assistance to farming communities.

Rob and Irene, now in their late sixties, were brought up appreciating water as a ‘special commodity’. ‘We live so frugally, you have no idea!’ laughs Irene. ‘We’ve got a basin in the kitchen that I use to do the washing up in because the sink’s too big and uses too much water. We have a basin in the shower so when the last one has a shower we leave the water in there… you learn to always do this.’

Living in Sydney, we were shocked to learn how different life can be in rural Australia, especially when it comes to using water. We felt a little guilty to admit most of us take long showers, leave taps on and run the washing machine without a second thought! Thankfully our 'city folk' naivety raised a few laughs with the Murrays, for whom the very idea of a shower longer than two minutes is a far-fetched fantasy.

Rob and Irene brought up their own three children, Duncan, Alex and Khristie, with the same survival instincts: ‘When I wash my clothes, I catch all the rinse water and put that in for the next load as my wash water,’ says daughter Khristie, who has her own small hobby farm across the way in Parkes. ‘We’ve always been frugal with water. I guess it’s the way Mum taught me. It’s second nature.’ So much so that when Khristie went into labour with son Archie earlier this year she seized the opportunity to have a bath after a lifetime of two-minute showers, referring to her time in the tub as ‘a special treat’ despite a tough 22-hour labour!

Relief from the likes of Rural Aid and Buy A Bale is helping to make a difference in farming communities across the country. During our visit to the Murray farm, a truckload of water arrived to fill one of the property’s three tanks, a lifeline for the family who can’t survive without the regular drop-offs. Not only delivering water, Buy A Bale provides vital hay drops to feed stock as well as food for families and fuel funds to cover the cost of transporting hay, which can tally up to a hefty $4-7 per kilometre.

From showers in a flash and washing hair once per week to re-wearing clothes and watering the garden with recycled bathing water, the Murrays have the art of saving water down pat.

Despite living at the mercy of the weather, Aussie spirit is still strong in Cumnock and Rob, like so many others, is incredibly humble. ‘We do it alright like that,’ he says, a smile on his face, surrounded by his beautiful family, resilient as ever. 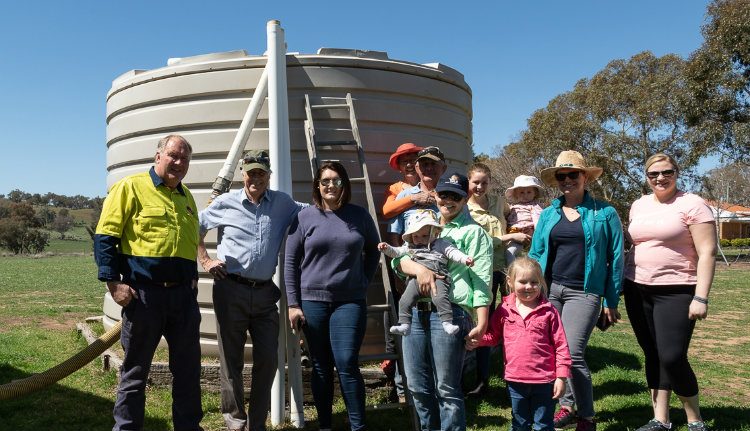 Throughout September Hoselink will be donating $10 from every Retractable Hose Reel sold to the Buy A Bale charity to help provide vital relief to farmers and rural communities across Australia. So far we have donated an incredible $24,460 and we thank our customers for all of their support. All you need to know about Water Night 2021

For the second year in a row, Smart Approved Watermark will be hosting their Water Night extravaganza encouraging Australians of all ages... What Do Water Restrictions Mean?

Town water levels are low and restrictions have been put in place, but what does each level mean? We find out...