The Golden Wattle is a flower worth celebrating. Here is one more reason for you to party in the name of a flower!

The Golden Wattle is a flower worth celebrating. Here is one more reason for you to party in the name of a flower!

Wattle and His Story

Wattle Day is celebrated on 1st September. The Golden Wattle was declared the national floral emblem on September 1st, 1988 and was recognised as the national symbol on 19 April 1984 when the Governor General claimed Australia’s national colours to be green and gold. This is significant because prior to this the colours were blue and gold.

Golden Wattle grows in south-eastern Australia, around the ACT, in southern NSW, in the Adelaide hills, and widely in Victoria. Wattle can survive in large shrubs or small trees depending on the location. It’s quite an adaptable flower as it can grow in several sizes depending on what type of bush it grows on. Their flowering season is late winter and early spring which is why September 1st is a suitable celebratory date. Wattle has a delicately scented blossom and the tree’s life span is about 10 years.

Wattle - More than a Flower

In 1931 Wattle Day celebrations were interrupted by World War 1 however the Golden Wattle became a strong symbol of patriotism during the war years. Wattle badges made from sprigs of wattle were sold during the war to raise money for the Red Cross. Throughout the 20’s and 30’s Wattle celebrations were used to raise money for charities and special activities for children.

The real question is why not celebrate? Another day of fun and festivities sounds good to me! The big question is why the celebration of Wattle Day should be revived. The word on street is that a large portion of Australians today experience cultural insecurity which could be balanced by a celebration of hope and common purpose. So let’s all get together, pick some wattle and go for a picnic with friends and family! Celebrating Flowers and Australia sounds like a great day! 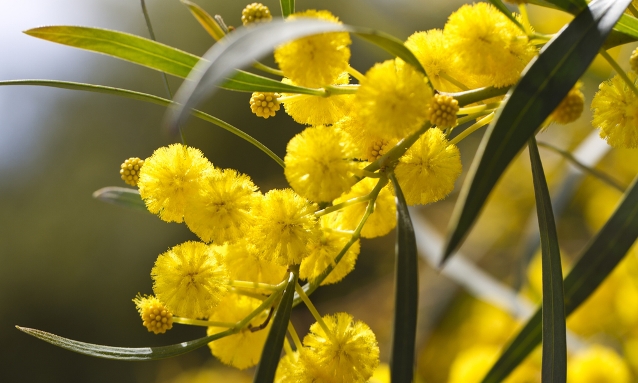 Here are some fun and easy ways to celebrate Wattle Day

An interesting fact about Wattle is that Aboriginal people have used them for food, fuel, medicine, and various woodcrafts.